An overview of pregnancy-related pelvic pain

Pelvic girdle pain (PGP) refers to the condition wherein you feel pain in areas around your lumbar spine, abdomen, and thighs. This condition commonly affects pregnant women and may be felt during or after pregnancy.

For pregnant women, pelvic pain can also be linked with Symphysis Pubis Dysfunction, also referred to as pubic pain. Pregnant women who suffer from pelvic girdle pain may experience mild to severe pain in the pelvic area.

Pelvic pain may also be a result of other health conditions such as kidney stones, UTI, etc. There are multiple factors that cause this condition.

In this article, we will discuss the different causes of pelvic girdle pain. 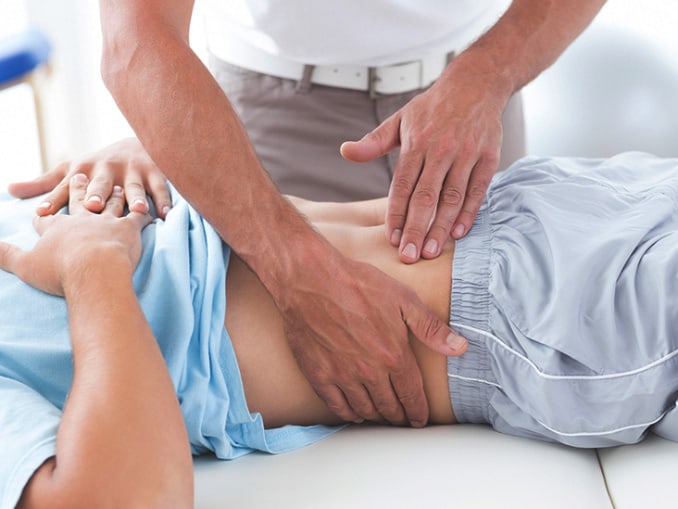 What are its causes?

Pelvic pain can emerge from several conditions, we have listed some of them for you.

The symptoms may not be as harsh as other forms of pelvic pain but it can cause great discomfort and distress.

Approximately 10% of pregnant women contract urinary tract infection (UTI) at some point during their pregnancy. This can cause several symptoms like painful or bloody urination (or both) and ultimately result in pelvic and abdominal pain.

Other cases of pelvic pain can be the result of more serious conditions such as uterine rupture, uterine fibroid, appendicitis, miscarriage, preterm labor, ectopic pregnancy, etc.

During pregnancy, particularly in the later stage, a woman’s body releases a hormone called “relaxin” much higher compared to the earlier stage of pregnancy.

This hormone release helps the muscles and tissues to stretch out so as to prepare the body to give birth.

As a result, the joints in the pelvic area loosen and separate the pelvic bones to an extent. This leads to mild to severe pain around the pubic area and may render your legs unstable for a period of time.

Braxton-Hicks contractions, which are also referred to as “practice contractions,” are sporadic contractions in the uterus that can cause chronic pressure in the pelvic area.

It usually starts around 20 weeks into pregnancy. Some women describe this pressure as a “tight feeling in the abdomen” that comes and goes without warning.

Braxton-Hicks Contractions are generally painful, but it can produce mild to moderate pain. This condition may show similar symptoms to that of a menstrual cramp and can cause discomfort.

As the baby inside the womb grows bigger over time, more pressure is being added to a woman’s body. This puts more pressure on the nerves that run from the pubic area up to the legs and can cause pain in the lower pelvis.

This usually starts from the 13th week of pregnancy. Ligament pains are the result of ligament stretching from the upper uterus to the pubic area.

This is a very common cause of pelvic pain and can be felt the most during activities like standing up or walking.

Ovarian cysts are sacs that form in the ovary which are often caused by sudden changes in egg cell production. Ovarian cysts are a very common occurrence and are usually harmless and not cancerous.

However, these cysts are capable of growing larger over time, especially during pregnancy wherein the ovaries receive more and more pressure as the uterus grows bigger.

This can cause continuous, severe pain. If you suspect that your pelvic pain is caused by ovarian cysts, it is best to talk to a medical professional and seek medical advice.

Similar to additional pressure, a growing uterus is caused by the baby growing bigger inside the womb. It also resembles the symptoms of premenstrual syndrome and usually starts around the 8th week of pregnancy.

You may feel cramping and mild to moderate pain in the pelvic area.

The following are the most common symptoms of pelvic pain:

How can I manage the symptoms?

The following practices can help you avoid or reduce the severity of pelvic pain:

Can It be treated?

The following are the most potent treatment options available for pelvic pain:

If you want to keep reading more about pelvice pain or pregnancy, click on the links below.

The various causes of pelvic pain