The larynx is the organ located at the uppermost part of the trachea (windpipe).

This organ is approximately 5 centimeters in length and is often referred to as the “voice box” as it holds the vocal cords responsible for producing sounds and vibrations.

The front of the larynx can be felt at Adam’s apple.

The larynx has multiple purposes. It primarily serves as the passageway of air when we inhale. As air enters the larynx, it passes down into the trachea until it reaches the lungs.

Upon swallowing, the larynx slightly moves upward, causing the epiglottis (the cartilage located behind the tongue) to close down.

This process prevents food and liquid from going down the trachea.

In this article, we will provide an overview of the cancer of the larynx and help you better understand the condition. 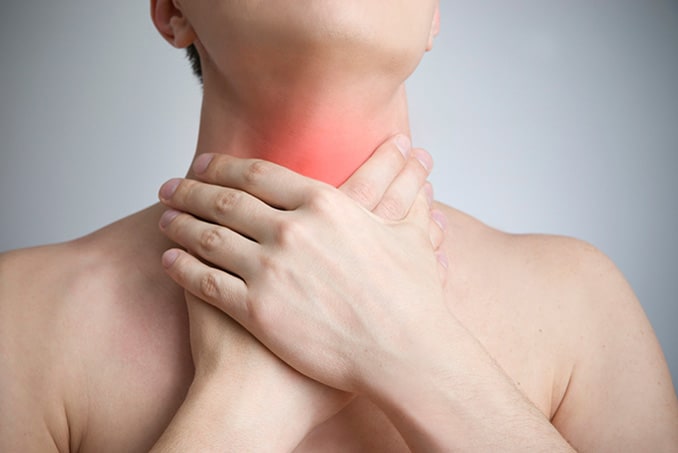 Cancer of the larynx

Cancer of the larynx mostly occurs to people over the age of 60. The most common early sign of larynx cancer is a hoarse voice that doesn’t seem to go away.

People that were reported and diagnosed during the early stages of larynx cancer stand good chances of getting their cancers totally cured.

Cancers that have been diagnosed at a stage whereas the cancer cells have already grown and spread across the body generally have smaller chances of being cured.

A lot of people mistake laryngeal cancer as throat cancer. However, aside from the larynx, the throat also has other nearby organs such as the pharynx, trachea, esophagus, thyroid, etc.

The term “throat cancer” is much more extensive as it can also mean cancer in the other tissues of the nearby organs. Whereas “laryngeal cancer” only pertains to a specific kind of cancer that occurs inside the tissues of the larynx.

Studies suggest that men are four times more vulnerable to getting laryngeal cancer than women.

Laryngeal Cancer has different types, including:

And other rare types include:

Signs and symptoms of laryngeal cancer

Generally, signs and symptoms of laryngeal cancer vary from person to person. Not all patients who suffer this condition display the same symptoms, but they are likely to experience a hoarse voice.

The most common symptom is voice hoarseness, mainly due to the fact that cancer of the larynx begins to develop within the vocal cords.

However, hoarseness is a very common symptom of various diseases. If it persists for more than two weeks, it’s best to visit a doctor and ask for a diagnosis.

People with laryngeal cancer are likely to exude at least two to three of the following symptoms:

If you have been experiencing the symptoms listed above for more than a week or two, immediately seek medical help. 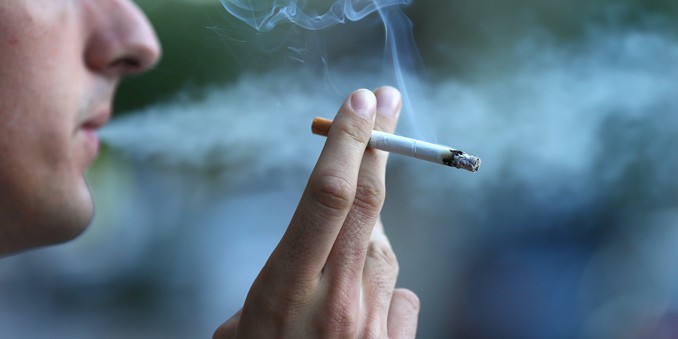 What are the risk factors?

All cancers start from one cancer cell. Researchers are yet to find out the exact reason why healthy cells turn into cancerous cells.

But theories suggest that once cells receive damage or any type of gene modification, the cells become abnormal and start to uncontrollably multiply.

Risk factor pertains to anything, a habit or even a diet, that can increase your chances of developing a certain disease. For throat cancer, the risk factors are heavily related to a person’s lifestyle.

For instance, people who smoke or use tobacco products on a regular basis increase their chances of getting different types of cancer, including laryngeal.

There are risk factors, however, that cannot be prevented. One example of this is aging

Other risk factors for laryngeal cancer include the following:

In addition to these, being male also increases your risk of developing laryngeal cancer.

In determining your cancer stage, medical professionals use the TNM system.

Treatment options differ depending on the stage of your cancer. Some cases may require two treatments at a time.

The different treatments for laryngeal cancer include the following:

In treating laryngeal cancer, doctors aim to not only kill the cancer cells in your larynx but also save the larynx itself.

Late stages of this cancer may lead to permanent voice loss. As much as possible, doctors choose non-surgical options so as to save the larynx.

Surgery is only chosen when other available options no longer work. Cancer treatments are continuously developing and improving.

There may be cases of cancer that do not respond to any of the available treatment options, but specialists and researchers continue to seek treatments that would be responsive to all cases.

For a more detailed guide on diagnosing and treating laryngeal cancer, read the article linked below.

Diagnosis and treatment of laryngeal cancer