Everything you need to know about a stroke

A stroke takes place if the supply of blood to a part of your brain is stopped or blocked. When this happens your brain will stop having access to the oxygen in the blood and the brain cells will start dying in just a couple of minutes.

That is what is commonly called a stroke.

What are its risk factors?

While there are some risk factors for a stroke that can be treated and prevented, some other threats cannot be changed, such as the following:

Compared to men of the same age, women are slightly less susceptible to suffer from a stroke. However, women tend to get strokes at a later age, which lessens their chances of recovery and makes the stroke more fatal.

Strokes can be passed on within the family. Relatives can share risk factors when it comes to diabetes or high blood pressure.

There are also instances when a genetic disorder, prevents blood flow to the brain, can lead to strokes.

There is a common misconception that people of an older age are the only ones who can get a stroke. In truth, however, anyone can suffer from a stroke, even babies who are still in their mothers’ wombs.

Generally speaking, the likelihood of getting a stroke increases as one gets older, with the chances doubling every 10 years after the age of 55.

Some drugs may have side effects that can eventually increase the risks of having a stroke. Examples of this are blood-thinning medicines, which are usually recommended by doctors to prevent clotting of blood.

This kind of drug can lead to bleeding, which can ultimately cause strokes.

Other such medications that can raise the chances of a stroke include birth control pills, due to low-dose estrogen, and hormone therapy, which are used for symptoms of menopause.

Overweight and obese individuals are more vulnerable to having strokes. One way to decrease the risk of stroke is to incorporate workouts into your daily routine.

Something as simple as brisk walking for half an hour every day can go a long way in preventing strokes. Doing strength and conditioning exercises such as weightlifting or bodyweight workouts are also effective for weight loss.

Diabetic individuals are also usually overweight and suffering from high blood pressure, both of which are risk factors for stroke.

Furthermore, diabetes can harm your blood vessels, which in turn can increase the odds of having a stroke.

Suffering from a stroke when you have high levels of blood sugar can cause more serious damage to the brain.

Heart disease can include anything from atrial fibrillation to defective heart valves, which is a leading cause of strokes among elderly people.

Clogging of arteries due to fatty deposits are also a risk for stroke.

Since nicotine causes your blood pressure to rise, chewing or smoking tobacco can also increase your chances of suffering from a stroke.

Cigarette smoke also plays a role in thickening the blood, which can lead to clotting, and causing a fatty buildup in the main artery of the neck.

Non-smokers are not entirely safe if they are constantly exposed to secondhand smoke.

Also known as hypertension, this is one of the major causes of strokes. Having blood pressure of 140/90 or above typically means you are hypertensive and more prone to having a stroke.

If this is the case, it is best to consult with a doctor for possible treatments in order to lower your blood pressure and reach a normal level.

Detecting the signs of a stroke

A stroke occurs when the blood flow to the brain is interrupted, which means that the brain is unable to receive oxygen. This can result in damaging the brain cells within a short period of time.

As such, it is crucial to determine if you are indeed having a stroke and get to the hospital as soon as possible and be given medicine within the first few hours.

While the signs of a stroke may vary from person to person, a simple way to determine if you are having a stroke is by doing the F-A-S-T test.

How is A stroke diagnosed?

In order to diagnose if you had a stroke, the doctor may do the following:

Once these are done, the doctor’s next step is to do some imaging and blood tests in order to determine the type of stroke you might have suffered. 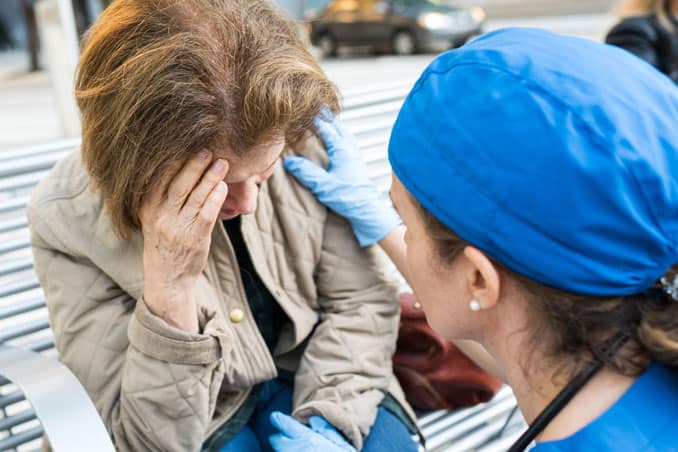 What are the different types?

There are three primary types of strokes, namely:

How is it treated?

Treatments for stroke vary according to its type. Some of the treatments include the followings:

When treating a hemorrhagic stroke, the first thing to do is to find and restrict the bleeding. For patients who are taking blood-thinning drugs, the doctor will disallow them.

Once the bleeding has been located and controlled, the next thing to determine is the cause of the stroke. The most common cause of this type of stroke is unregulated high blood pressure.

In this situation, the stroke patient must take medicine that lowers blood pressure.

An aneurysm is also likely to cause hemorrhagic stroke, in which case the doctor may choose to seal the broken vessel or to thread a small coil through the vessel to prevent it from surging again.

Such procedures require medication to put the patient to sleep. Another possible cause is the presence of tangled blood vessels, which are sometimes congenital.

In such a scenario, the doctor may choose to use radiation to shrink the vessels, untangle the vessels via surgery or to apply a special substance that will inhibit blood flow to these vessels.

Once the primary cause of the stroke has been treated, the next thing that the doctor will do is to reduce the risk of another stroke, such as maintaining normal blood pressure.

The most common way to treat ischemic stroke is to be given tPA, a clot-busting medication.

It is imperative to be injected with this drug within 3 hours after the stroke has occurred, although there are some cases when it is given around 4 and a half hours later.

For stroke patients who are not allowed to take tPA, due to its potency and other possible side effects, doctors may opt to provide other drugs such as aspirin, which can either prevent blood clots from growing or help make your blood thinner.

There are other alternative treatments aside from taking tPA. One is to remove the blood clot through a device called a stent.

The stent is threaded up the artery in order to take the clot out or to remove it using a suction tube. Another option would be to use a tube, known as a catheter, to deliver medication up to the brain to target the clot.

To learn more about heart diseases and how to help prevent them read the articles linked below.